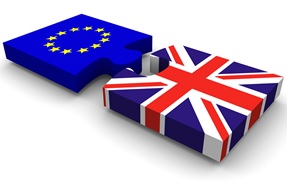 Will & Adrian Tod look at how the referendum result could affect the UK property market.
Well now we know. Britain is leaving the European Union.  All the scaremongering is over and we will learn in the coming years which of the two sides was right after all.
But what will this decision mean for the property market in the UK?  In the short term perhaps not so much as one might imagine.  Those people who put off a house move until after the referendum will in time trickle into the market, driven in the most part by need.  But it might not actually be the referendum which will turn out to have had the greatest effect on the property market this year.  The real game changer might be tax - the extra stamp duty on second homes and buy-to-let properties, and the new tax burden for foreign buyers.
These Treasury measures are profound and have the potential to shift opinion and practice - if they haven't already done so.  It is hard to pinpoint exactly when the UK property market became so driven by overseas investors - many of whom may never set foot in the properties they own - and domestic buy-to-let investors benefiting from low interest rates and rising property values.
But now however there appears to be a slight move away from an investment led property market to one more driven by buyers needing affordable homes for themselves and their families.
We seem to be in a particular period of opinion change in the property market right now.  Tastes are different.  The growing numbers of retirees want youthful urban living with all the convenience it can bring.  New building materials bring cost savings and help the environment so there is an increasing demand for homes made from these materials and fitted with labour-saving technology.  Younger buyers are in general more reluctant to renovate houses than their parents were at the same age, wanting instead ready-to-move-into properties which give them more time to pursue their careers and leisure interests.
Of course our economy is the prime driver of the property market. But all things being equal we may come to see that the European question was not quite so influential on housing in the UK as buyers' desire to buy, builders' desire to build, lenders' desire to lend and - ultimately - politicians', planners' and the public's desire to make available suitable land.  In or out of the EU those desires have always had less to do with Brussels and more to do with us.

Updated COVID-19 risk assesment
COVID-19 Office update
The Art Of a Deal
Do you believe in Santa?
Love is all you need
A Friend in the Business
Swings And Roundabouts
The Art of Negotiation - 4

Here you can log in or sign up to the members area of our website. Once logged in you can amend your personal details, add/amend/delete email alerts and access your saved properties. New property alerts are sent to your requested email address at your selected frequency once we publish a new property or a price change takes place.

You can register here!